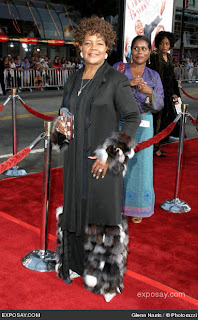 With all of the applause for 88 year-old Betty White and her recent success nailing her roles in a Snickers commercial and on “Saturday Night Live,” I’ve been thinking about which senior in gospel music is keeping it fresh.; At the top of the list is Pastor Shirley Caesar. No, she’s not in her 80’s, but allegedly born in 1938, she has to be our leading example of how to maintain a major presence in gospel music for more than a minute.

In fact, the woman who began her gospel music career as Little Shirley once told me, “This is not just a ministry; it’s a career.” So while you never have to worry about her singing lyrics that are anything other than straight up gospel, this legend who has one of the most distinctive voices in traditional gospel music (“No Charge,” “Hold My Mule,” “Jesus”) can absolutely hold her own on
a contemporary lyric as well.

Her duet partners have included Kirk Franklin (“Caught Up”); Tonex (“I Know the Truth”), and J. Moss who joins her on the song “Nobody,” found on her latest CD “City Called Heaven.” Word has it that she will be featured on the newest CD from Aretha Franklin.

She’s still sparkles on television shows, such as “The Mo’Nique Show" and “Celebration of Gospel,” has lent her voice to movie scores (“The Fighting Temptations”) and just does gospel music proud whenever she appears.

Pastor Caesar also keeps it moving by adopting contemporary hairstyles so that she never looks dated and by wearing tastefully-selected classic yet stylish clothes..

Currently, she has her own record label, Shubel, is running an on-line talent contest (“I Got Nexx!”)and, of course, can be found on Facebook, the social networking site through which 500,000 voted to have Betty White host “Saturday Night Live.”

Yes, Betty White is funny and fierce. But Pastor Shirley has my vote for gospel music’s sizzling hot icon!
Posted by Dr. Deborah Smith Pollard at 7:05 AM 1 comment: 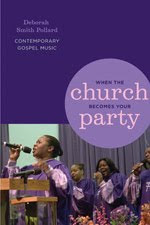